Here is a collection of photos, films, event programmes and trails from my time at the National Portrait Gallery. The events were inspired by major exhibitions and the collections at the NPG. 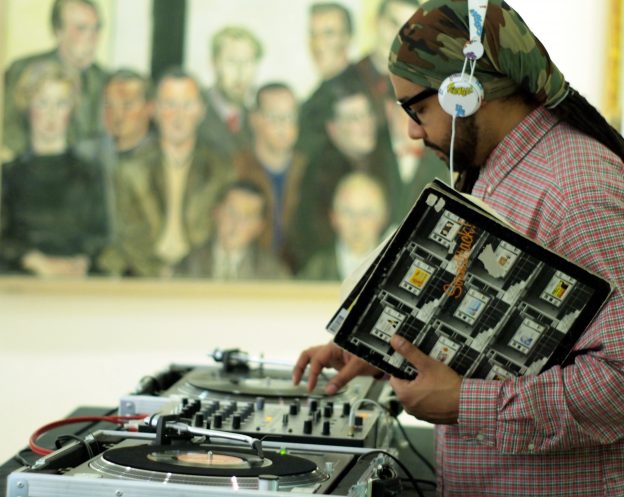 DJ Eddie Otchere on the decks at a Late Shift Extra

Inspired by the exhibition Lucian Freud Portraits, the Gallery was transformed into an art studio for Draw the Line which included life drawing classes led by Freud’s model Sophie de Stempel and another with Nicola Bateman, one of Freud’s muses, as the model.

We also hosted Movement in Light,  a series of screenings exploring the work of Man Ray and his contemporaries, as well as looking at the films which resulted from the methods he used in his film making and photography.

We invited conceptual artist Hock E Aye Vi Edgar Heap of Birds to occupy the NPG for one night to explore language, memory and history. Edgar Heap of Birds is an artist from the Cheyenne and Arapaho Nations of Oklahoma. The event was in response to the NPG exhibition George Catlin: American Indian Portraits.

This Late Shift Extra took us back to the drawing board. We were able to work with some people including illustrators Marion Deuchars, Shirley Hughes and Clara Vulliamy. Artist Stuart Pearson Wright created an exquisite stage set for a magical performance by the Tiger’s Bride.