As part of their First World War Centenary project, Nostell Priory had generated a range of materials linked to the estate including audio recordings and interpretation flags. I worked with a designer, to create a visitor trail around the grounds and parkland. 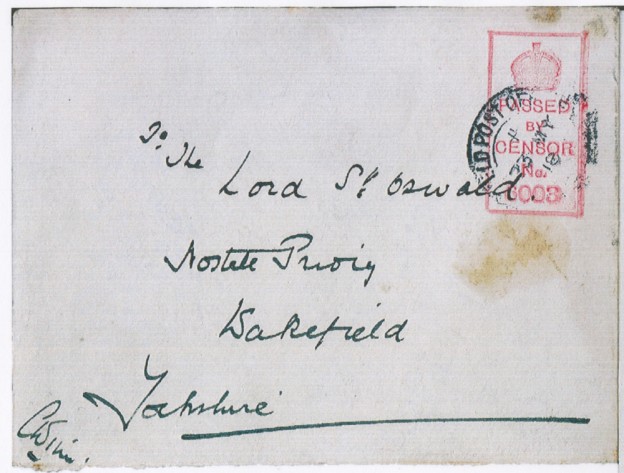 A letter to Lord Oswald

Nostell Priory’s community project Red Poppies and White Butterflies gathered together stories about life at Nostell Priory and the surrounding areas during the war. Original letters and photographs highlighted the experiences of soldiers and teachers, miners and nurses, staff and the family living at Nostell Priory.

Yew Tree Youth Theatre had created a selection of audio recordings of original documents, giving voice to the written word. The aim was to promote this resource for one week in early August. Working with the team at Nostell, we explored various options for the project before settling on a simple leaflet with a map and QR codes to the tracks on audioboo. We identified locations around the parkland which were pertinent to each story, the letter from the Chaplain on the chapel fence, the miner’s story by the old path to the colliery. Interpretation flags were secured around the site alongside QR codes. I wrote the copy and worked closely with the designer to create a leaflet for distribution on site.

Red Poppies and White Butterflies was part of Duty Calls: The Country House in Time of War,  a co-operative series of exhibitions and events over 2 years, involving 9 country houses in partnership with the University of York. The series was awarded best WW1 Event 2014 by Hudson’s Heritage.