This research project tested interpretation and content for a forthcoming exhibition about First World War Ambulance Trains at the National Railway Museum (NRM). The aim was to identify and remove barriers to engagement for the target audiences. 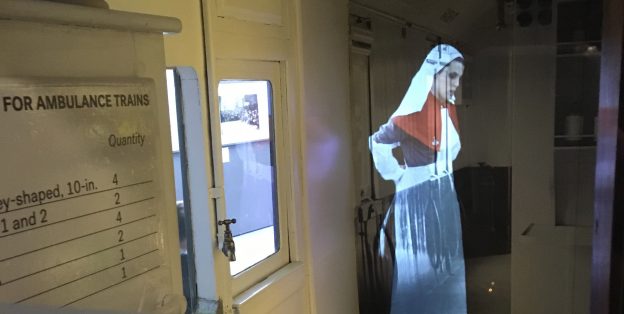 NRM wanted to share the relatively unknown story of ambulance trains in the First World War with their visitors. These trains were used to transport the injured men from the fighting front to be treated in hospitals across Europe, the UK and further afield.

After discussions with the team, it was decided to run two days of on-gallery testing, focusing on photographs, quotes and diaries.  This qualitative fieldwork included guided interviews and self-completion questionnaires. This process enabled me to:

The work was commissioned by Jane Sparkes, Interpretation Developer, who said:

I’ve just read through the full report, and it all looks great, thank you!  It’s really interesting to see where visitors have responded as we would have expected, and where they have had more surprising reactions.  In the more general comments, there have also been some really interesting points raised that relate to the exhibition more widely, so it’s very helpful to see these!  Overall, it’s great to see that everybody was interested in and moved by the story and the content.